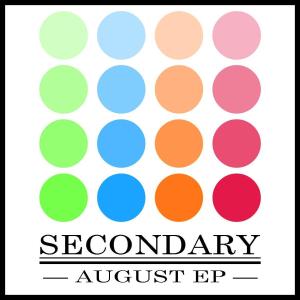 I had a chance to catch up with Alex Miller, lead singer of Secondary to talk about their newest release and the process that goes into being a band today. Secondary is a four piece rock band comprised of Alex Miller (Vocals/Guitar), Quin Savant (Vocals/Bass), John Nalie (Guitar), and Kevin Shishko (Drums). The Kennett Square based group is influenced by bands such as New Found Glory and Nirvana and has a unique sound which blends different elements from both the pop, rock, and grunge spectrums. Their first release, Things That Don’t Exist veiled the band in a young and cliche sound which was then catalyzed by a a year of life experience and matured the group’s sound into their latest release August. Secondary’s music can be found at secondarypa.bandcamp.com

As an Amazon Associate I earn from qualifying purchases.